From the Pine64 Blog:

Even though ARM SBCs have been around for a few years now, a new trend has recently appeared in the SBC world : the PCIe slot! The Raspberry Pi 4 Compute Module exposes it via the IO board, and the Pine64 RockPro64 is equipped with a PCIe 4x open-ended slot directly on the board.
Another Pine64 board is The Quartz64 which is based on the Rockchip RK3566 running @1.8Ghz. Is equipped with either 4 GB or 8GB of RAM. It also has Gigabit Ethernet, 1 SATA connector, USB3, and of course, the PCIe port.
JF experimented a bit with the PCIe interface by testing a couple of PCIe boards he had on hands at that time : the SATA controller board from Pine64 and an Intel 4x GBe board : they worked out of the box! Awesome, isn’t it? 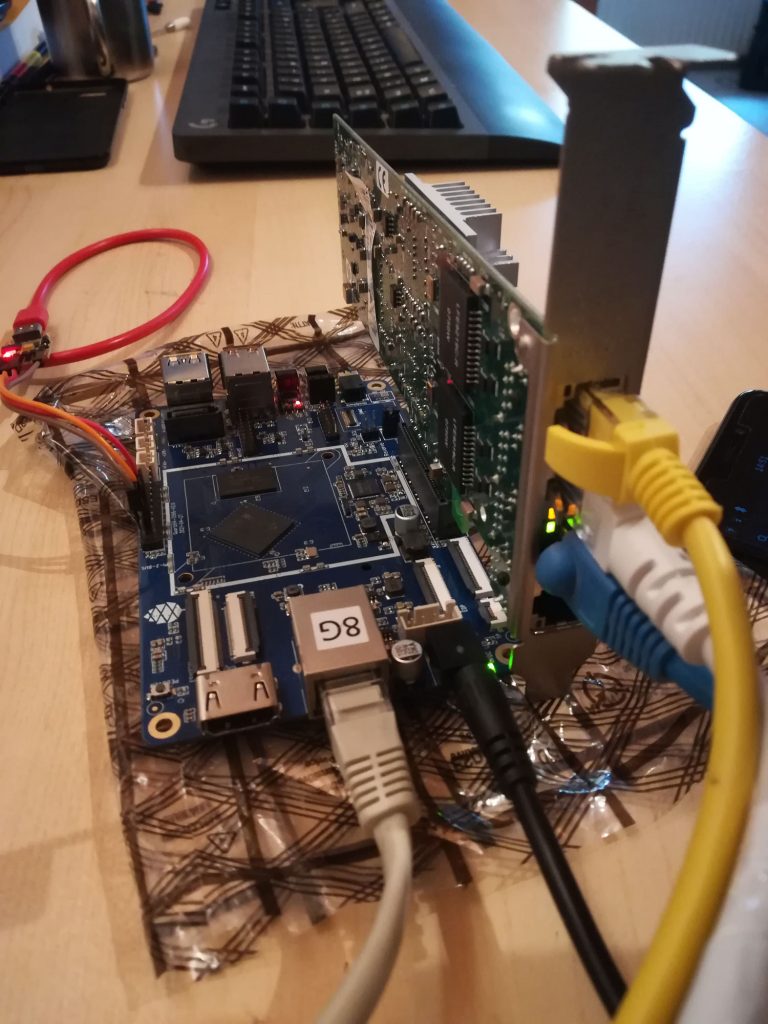 JF had an idea in the back of his mind: Create a DIY low-power NAS based on a cheap SBC that can handle more than 2 drives (up to 6, preferably) without using USB. And it looks like this project is now completely possible!

I have the beginnings of a Ceph cluster on my RockPro64’s. What about using the Quartz64’s as Ceph nodes?